By matarrita May 9, 2019 No Comments
Other Case Studies

Langar airfield was built for the RAF during early 1942 as a Class A bomber airfield. There are three concrete runways and 50 hard standings plus hangars. Early in 1952 it was taken over by the Royal Canadian Air Force to become a supply base for their NATO squadrons. The air field was used for eleven years (1952 – 1963) as an Air Materiel Supply Base.

With the facility released from military control in 1963, the airfield is now also the base for the British Parachute Schools who use the original control tower for their headquarters.

The airfield is relatively intact, with most of its wartime facilities still in use by Civil Aircraft and the Parachute School. However the concrete based runways are deteriorating and require constant repair for cracking and potholes.

Several traditional cold asphalt products have previously been used to repair potholes but have found to be a temporary repair as they have crumbled and began to pick up out of the holes as shown below.

In addition with the runways often in continuous use in good weather it is an imperative that the maintenance crews are able to affect a pothole repair within a short time and that the cold asphalt does not pick up; propellers are very expensive!

In addition it is a key commercial requirement that the material used offers a permanent repair.

Therefore EZ Street is now being used as it allows the maintenance crews the ability to undertake a repair with 2 men in between aircraft landing and taking off and give a permanent repair. Also as it is non-porous it protects the sub-strata from further deterioration.

Speak with your local representative before proceeding with a similar application to the one shown here. 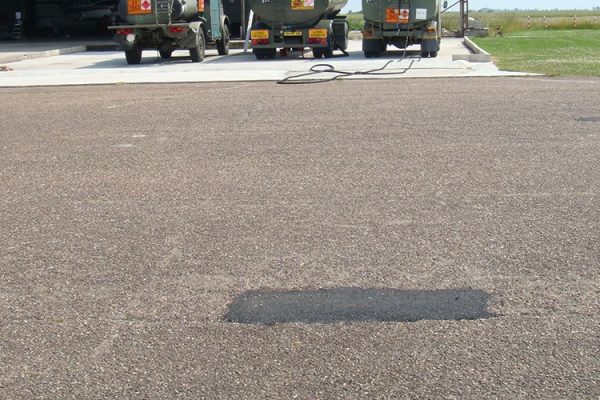 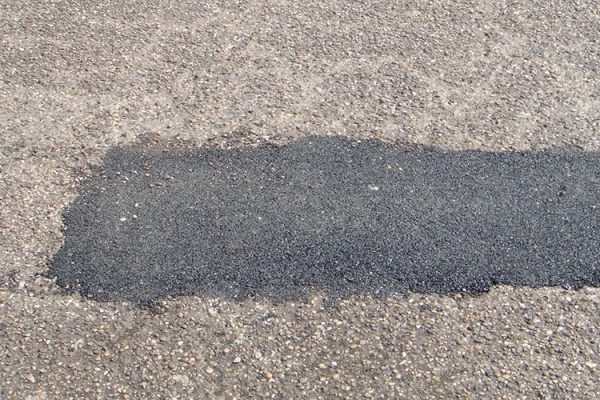 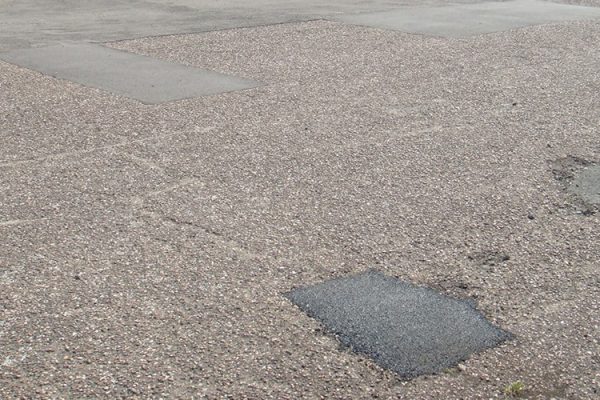 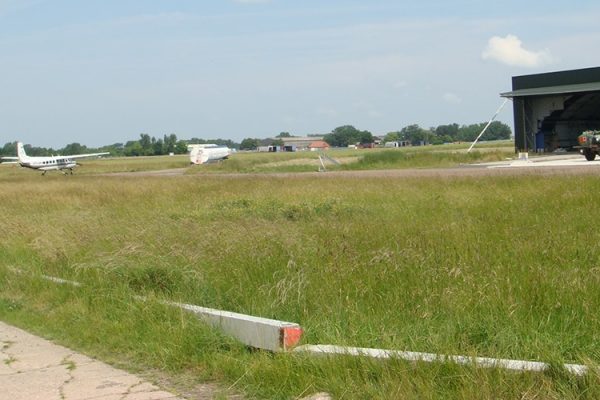 DISCLAIMER: If you are unsure as to the correct application for EZ Street, please call us at 07483 068 981 or email us for consultation.